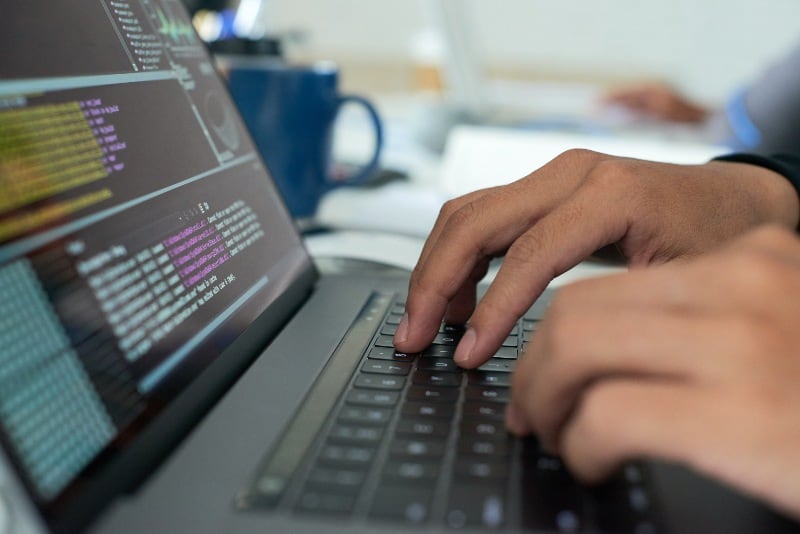 And what differences are there between Java and Javascript?

To begin with, the origin.

Java was born from the hand of Sun Microsystems in 1991 with the aim of creating applications for television receivers. A few years later, the company Netscape was preparing to launch a new programming language to provide interactivity to web pages viewed with Netscape Navigator -the browser par excellence in those years-.

After shuffling various names, Javascript was finally chosen due to its similarity to Java syntax, although the truth is that both had inherited it from C, a previous programming language. In fact, Sun Microsystems, which had previously been collaborating with Java, wanted to take advantage of the marketingpull of this very popular brand to give Javascript a serious and well-valued image from the beginning.

What seemed like an interesting marketing strategy generated a lot of confusion between Java and Javascript that still exists today between both languages… And that brings us here today.

Main differences between Java and Javascript

Regardless of origin, Java and Javascript are two quite different programming languages.

Java was designed to program applications of all kinds, which is why it has long been considered a more powerful and functionallanguage. Although Javascript initially only allowed you to create programs to run on web pages, in recent years it has been evolving until, today, it allows you to program mobile and desktop applications… Therefore, this initial difference in the purpose of both systems has been fading over time.

Traditionally, Javascript has functioned as an interpreted language and Java as a compiled language. In other words, to program Java, a development kit is necessary to compile the text files into a special optimized file, which is the one that the computer must read to execute each action. More specifically, what Java does is compile to an intermediate language known as bytecode, which, interpreted by a JIT, works on different platforms.

Javascript works differently. This system does not require the programs to be compiled, rather it is the browser itself that interprets them as it reads the page. This is possible because Javascript programs are readable by both computers and people, who can interpret them to run them.

It should be borne in mind that both programming languages ​​have evolved over the years, but today two systems of a different nature remain, basically because Java needs an explicit compilation to run and JavaScript does not.

Javascript is a multi-paradigm language based on prototypes, that is, in order to provide different programming paradigms (functional, dynamic, object-oriented, imperative…) it must work through object simulations. This gives you great versatility. Java, however, is an object-oriented language, which somewhat limits its adaptability to different platforms.

JavaScript works as an interpreted language. In other words, -for example- when you make a syntax error, you can only be aware of it at the time you are going to run the program (unless you use external code interpretation tools, such as WebStorm).

However, Java is debugged in two phases: a first compilation phase (as we explained above), in which possible syntax errors can already be detected, and a second execution phase, in which other types of errors can come to light. of faults, for example, of logic. This dual-stage system greatly simplifies the process.

Both programming languages ​​move in a different field as far as variables are concerned. While Java is block-based, Javascript is function-scoped,which means that some of its rules can confuse programmers who are specialists in other languages.

The typing of both systems works differently. the of Javascript is weak (or of a dynamic type); the same variable can contain different types of content: a text, a number, an object, an arrow… Which provides a lot of flexibility and, yes, a greater probability of making errors in the programming. Java, for its part, only admits variables of a certain type, which, moreover, cannot be modified once they have been defined. That is, it responds to static typing.

In addition to these 6 basic differences, we can highlight that the functions in Javascript are multi-argument, while in Java they must be indicated.

And also that both systems are based on different standards: Java works through the private company Oracle, while the Javascript language is standardized by ECMA (European Computer Manufacturers Association), which means that any manufacturer can implement it freely.

In short, there are important differences between Java and Javascript that make them two totally different programming languages.

Do you want to choose the most suitable system for your website and work it optimally?

From Doowebs, your development company in Valencia, we give you a cable.

I could use some help!